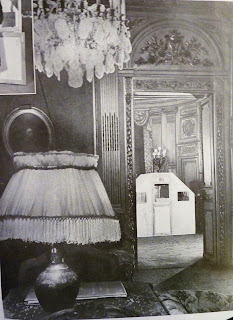 The season advances. Once again snow has smoothed out the wrinkles in our landscape and given a more gentle edge to once crisply outlined  trees and buildings. Snow is a beautiful sight, dépaysant, because it transforms our world for a certain time. This is a cold winter for Paris but not as cold as in 1942 when temperatures went down to -14°C (6.8°F). 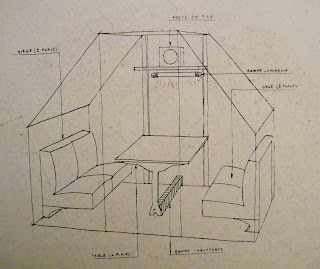 What can be found for the Home-that-has-Everything in the winter of 1942?

The cold reality is that grand residences were impossible to heat because of restrictions during WWII and though one might be wealthy with the most splendid of apartments, the chilling weather spared no one. In fact, it was a definite disadvantage to have such large, luxurious rooms to heat. Necessity being the mother of invention, René Prou turned his back on le luxe and designed this warming cabin to permit heat and light for visits, reading, homework, meals - basic living. Thrift and good sense dictated even the lopping off of extraneous corners of the cabin, making heating more economical. The diagram does show the incorporation of a telephone and a transistor so not to be cut off from the world. 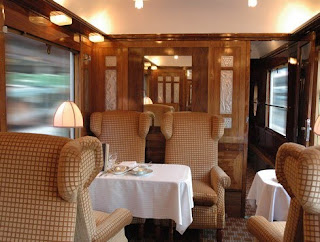 Among René Prou's many stylish art deco designs for furiture and interiors were dining cars for the Orient Express. This example is far cry from the strict utilitarian wheel-less cabin above. (The Orient Express, as of December 2009, is no more! Taking time for luxury to this extent is out of pace with today's world.) 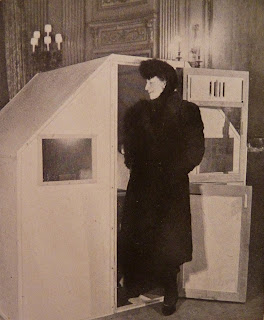 Here is the Comtesse Greffulhe graciously demonstrating the convenince of her cabin in 1942. She ventures out into her hotel particulier in the 8-10 rue d'Astorg judiciously wrapped in fur and warm hat as if she were already in open air. Her enormous home was made by uniting several buildings and was known by Parisians of the day as "the Vatican" !
In posing for a magazine, she seems to take philosophically her camp-out in the salon of one of her glorious homes and stresses the ingenious side of the invention.

I have no evidence that the Comtesse ever succombed to other designs by René Prou. All reports seem to speak only of 18 th and 19 th century furnishings in the Greffulhe collections which were mostly her husband's enterprise. Much of their collection was auctioned in 2000, including a remarkable carved goldleaf chair signed Jacob which had belonged to Marie-Antoinette. The chair went for four times its estimated price and found its way back to the collections of the chateau de Versailles. 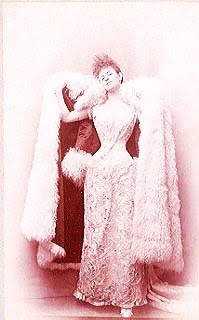 Élisabeth de Riquet de Caraman-Chimay
of Belgian father and French mother Marie de Montesquiou Fezensac,
was one of the most charming, intelligent, and beautiful women of her day.
Her many talents include painting, photography which she learned with Paul Nadar, and perhaps above all - music. Par the intermediary of her cousin Robert de Montesquiou, she was introduced to Gustave Moreau and Antonio de La Gandara and would help to popularize the art of Gabriel Fauré and Whistler. She also supported the pioneering scientific work of Pierre and Marie Curie.

She is said never to have been pleased by her portraits and never to have given away her photograph to her many admirers. Robert de Montesquiou, perhaps her greatest admirer, resorted to secreting away a sketch of her chin by La Gandara from the artist's studio, and used to contemplate it untiringly from his bathtub.
The comtesse is also said to be the principal inspiration for Proust's Duchesse de Guermantes.

With these words, the Comtesse de Greffulhe engraved her cards to receive the intellectual, artistic, and political elite in one of the most select salons of the Belle Epoque.


Proust speaks of Mme de Guermantes and the institution of the salon and we easily imagine
Elisabeth de Greffuhle:
"For instance at the Princesse de Parme’s parties there were a number of people whom her Royal Highness invited because she had known them as children, or because they were related to some duchess, or attached to the person of some Sovereign, they themselves being quite possibly ugly, boring or stupid; ... but Mme de Guermantes, who had politely acknowledged their bows for ten years at the Princesse de Parme’s, had never once allowed them to cross her threshold, considering that the same rule applies to a salon in a social sense as in a material sense of the word--- that is, to have furnishings one doesn't care for, but are left as so much filling and reminders of wealth, is enough to make it hideous. Such a salon is like a book in which the author could not refrain from the use of language to flaunt his knowledge, brillance, fluency.
As with a book, so with a house, the quality of a "salon", thought Mme de Geurmantes -- and rightly --is based on a corner-stone of sacrifice."
Le Côté de Guermantes 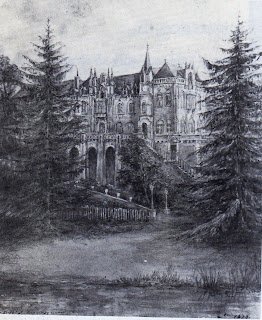 A drawing of Chimay, the family chateau in Belgium by the hand of Elizabeth -
one of her many dwellings as a child.
The comtesse is associated with many imposing homes that would have been a challenge to heat! 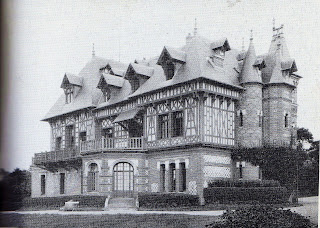 Villa La Case, Dieppe, constucted in the Anglo-Normand style.was acquired in 1887
by her father-in-law as a gift to the couple. 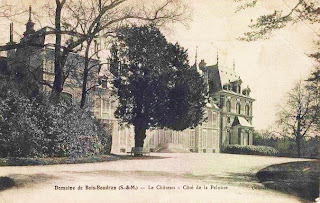 Château de Bois-Boudran to the east of Paris (Seine-et-Marne).
To the Comtesse's regret, the hunting season brought the couple here from September to January.

Curiosity: The splendid Regency boiseries of the salon that surrounded the scintillating atmosphere for many worldly and artistic gatherings were dismantled from Bois-Boudran in 1954 (two years after the death of the Comtesse Greffulhe) and found their way to Houston, Texas. 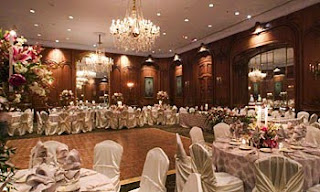 These panels are now part of the grand salon of the hotel La Colombe d'Or.