Alluring, the château of Montrésor. Slightly off the beaten track,
it's not a place to tramp in and out for a visit;
it's a trancendental interlude.
If I hadn't mentioned it before, it's because, for just a while,
I wanted to think of it somehow as my treasure.

It's a place that is holding its breath until you open the door and inhale. And this first room does the trick - I know I felt a small but sharp intake of breath as I walked in. The personalities of the former proprietors are emphatically present. It feels as if they have gone off for a minute's jaunt and will soon be back, surprised to find visitors (of another century) in their home.


The melody has evaporated; a final note has stilled the air.
The ancient 15th century château is still decorated just as it was in the mid-nineteenth century.
Can I help it if it puts me in a romantic mood?

Montrésor was first built as a forteress in 1005 by Folques Nera,
who was responsible for the constuction of several Loire valley fortified castles. Imbert de Bastarnay retained its double encircling walls when he built his own château on the site in 1493. Bastarnay was Diane de Poitier's grandfather and faithful counselor  to Louis XI, Charles VIII, Louis XII et François Ier. Montrésor belonged successively to the Joyeuse, Brantome et Beauvilliers families before it was acquired by the Polish count, Xavier Branicki in 1849.

The Branicki descendants still live on the site and have decided to keep things the way
they have always known them. With all the years of history here,
it is the Romantic period that is encapsulated here.


The Count Branicki installed his furnishings and precious artworks,
including many family portraits throughout the residence. This portrait of his grandfather,
Count Franz Xavier Branicki, chief general of Polish armies in the 18th century and friend of
the last Polish king, Stanislas Auguste Poniatowski, faces that of his wife below.

This is a portrait of Alexandra von Engelhardt Branicki, the count's grandmother.
Alexandra was the daughter of Catherine the Great of Russia who looks on
in the painting in the form of a bust.

Many of the paintings show women of great beauty: the count's wife, sisters and cousins.
Here, the count's sister, Catherine, dressed à la turque in a 1854 painting by Winterhalter.

Another beautiful portrait is of cousin,Countess Potolka, wearing a turban. Her beauty, unfortunately, did not go unnoticed by the Tsar, who had her inconvenient husband locked up and  put out away in a Moscow tower. As the description of the painting reads, "such was the fate of husbands married to Polish beauties."


The count bought this cabinet in 1852 from the chateau d'Amboise. It was made in Florence at the end of the Renaissance and belonged to the Medici and is said to contain multiple secret compartments.

And back this way, off to the side is a special room for the treasure - objects of gold and silver.
No pictures, though. That would spoil the surprise.

In the garden,
The Fallen Angel by Constantin Corti

A statue of the Polish soldier, Mieczyslaw Kamienski who died while combatting alongside
the Count Branicki at the battle of Magenta, is also on the grounds.

Beyond the monument in the gardens,
there are still ruins to climb and vistas to discover.

When I was here no so long ago, there was no site on internet. There is one now
where it is possible to see more general interior views (click below).
I'm hoping this place will stay just as it is, a rare treasure that speaks of those who once lived there.


New post at St Tyl on beautiful neckwear for men, click
Posted by gésbi at 6:48 PM No comments:

How can the tie, that little bit of fancy folie for men, be up-dated
into a fashion-art statement?
Monsieur Jean-Yves has found the way. He has taken that object of lesser affection, the bow-tie, and with the artistry of his knots and the exclusiveness of his specially made fabrics, he is on the edge of a sartorial revolution. The bow-tie - noeud papillon - has the zest of the outsider who wins us over. Those who chose the bow-tie in the recent past were always a little on the renegade side. The problem is, they weren't always as well-dressed as they wanted to be.  Lack of quality? There's no excuse anymore.
Monsieur Jean-Yves' celebration of Cannes 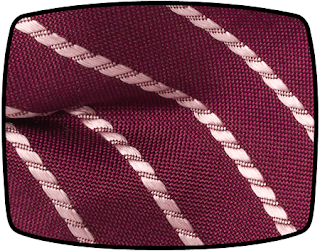 The glory of fabric is key 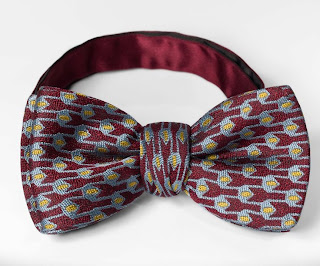 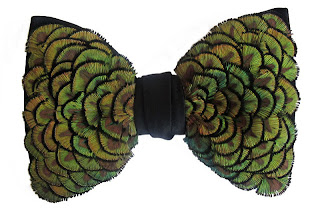 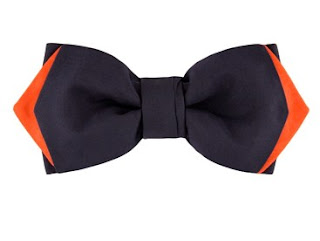 and it goes on. Really, the choice is difficult... 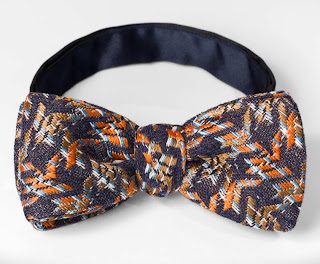 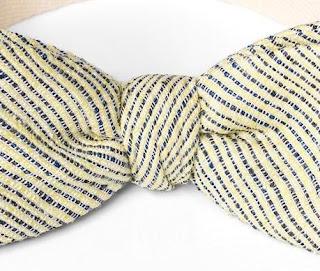 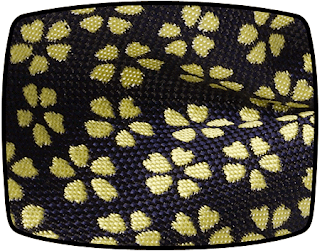 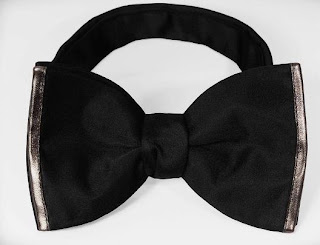 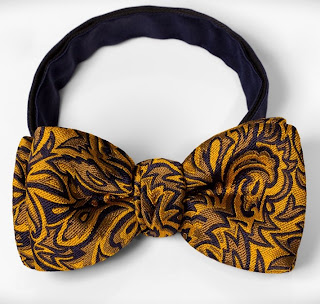 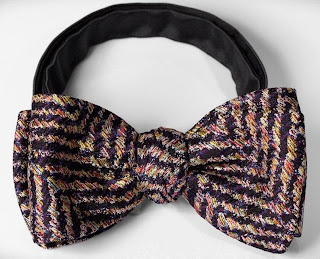 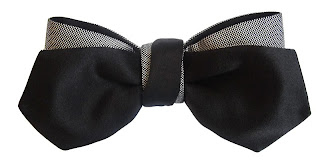 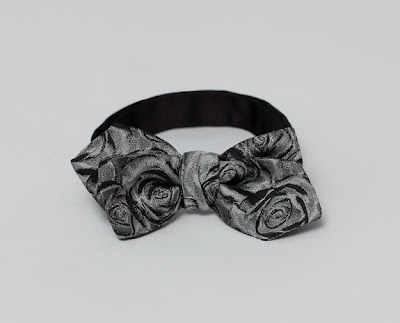 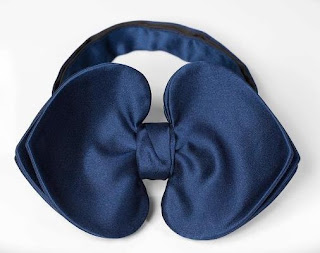 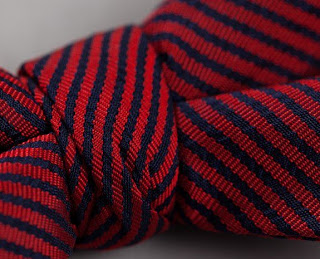 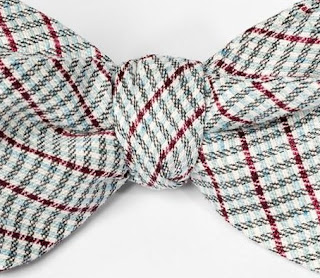 Contemporary Parisian dandies are not legion but they are everywhere. Up to them to peruse these haute façon accessories to find their own. Tying is optional, do-it-yourself or pre-tied, some bows will fête the most special occasions and others will add spank to a simple denim shirt.
If you do not find your bonheur in his vast and varied collections,
Monsieur Jean-Yves also has a bespoke tie service.
Those of you who know me, know I've always liked ties and any way of celebrating the day with a bit of color and precious textile. Monsieur Jean-Yves has found the way to do so by uniting tradition and technology with the spirit of the today.
for more, Monsieur Jean-Yves
Posted by gésbi at 10:45 AM 5 comments:

I can't stop pointing to the beauty. Every moment and place says,

My last posting made me think of another rug I had seen that is associated with Marie-Antoinette. In many ways the rug I just showed you at the Domaine de Madame Elisabeth, made with her own hands, could be considered her last.  Here, this relic, the fragment of a rug pictured above, is said to have been located in the Marie-Antoinette's prison cell at the Conciergerie.  It is not much to look at, but it is document of the past.
In color, it  resembles the rug in the painting by Gervais Simon, La reine dans son cachot.
The painting was commissioned by Louis XVIII is part of the Expiatory Chapel of the Conciergerie today,
where walls are covered with silver tears and draped with black hangings, traditional signs of mourning.
Posted by gésbi at 12:32 PM No comments:

The sun dial that is,
obeys only the sun...

Hope your weekend will be sunnier than ours!

The property of Madame Elisabeth youngest sister of Louis XVI, is open to the public for the time of an exhibition which will last until the 21st of July. Princess Elisabeth of France, known as Madame Elisabeth, is intimate figure among the entourage of Louis XVI and Marie-Antoinette.  She was the generous, humane  and witty sister who never married, having intentionally chosen 'to remain at the foot of the French throne rather than to be seated on the throne of another country.' Orphaned at the age of 3, perhaps she felt her remaining family more important than any thing else. Her fidelity would later cost her life; the exhibit is entitled, Madame Elisabeth, princesse au déstin tragique.
The graceful art de vivre of the years immediately preceding the Revolution is demonstrated through art, furnishings and artifacts, such as this Gazette des atours d'été, a catalogue of swatches for dresses worn in the year 1792. This was the last year before her imprisonment at the Temple with the royal family which was spent at the château des Tuileries. The dress of this year became necessarily more simple and no embroderies are noted among the pages of this gazette. Habitually, the use of a Gazette des atours is considered to serve in the choice of clothing for the day by placing a pin in the fabric samples. The lack of pin traces here suggests instead a document for inventory or accounting purposes.
The Domaine de Madame Elisabeth, a gift from her brother Louis XVI, is situated in the Montreuil sector of Versailles. In the princess' day, Montreuil was a village outside of Versailles and Mme Elisabeth, known for her charity to the villagers was called the Bonne Dame de Montreuil - the Good Lady of Montreuil. Notice the beautiful rendering of airy lace collar and of the folds and pleats in the good lady's bodice!

This ensemble from 1785-85 made of cotton and linen batiste is embroidered in chain stitched multi-colored silk.  It represents the new freedom of fashion in the second half of the 18th century, whose silhouettes flowed more with the natural lines of the body. Ladies left off the hoops et whale bones for their more frequent informal country gatherings. The caraco camisole worn over a light cotton corset and supple skirts, not necessarily of the same  fabric, constituted the first clothes to be worn en negligé . This is the casual wear of the period.

The importance of needle work for women of the royal court is well-known. Marie-Antoinette and Mme Elisabeth began an immense project after their departure from Versailles for the Tuileries in 1791 which they likely continued during their confinement at the Temple Prison.  It was a rug intended for the throne chamber of the Tuileries Palace, embroidered square by square in wool on canvas. The design of flowers on a dark brown ground is very simple.

Mademoiselle Dubuquoy-Lalouette who supplied the wool and canvas, retrieved the worked squares of canvas and stored them until the Restoration. She had them assembled to make up two large rugs and added decorative - commemorative borders. The above inscription reads,
Tapisserie faite par Marie-Antoinette et Mme Elisabeth pendant les deux dernières années de leur vie
Tapestry made by Marie-Antoinette and Mme Elisabeth during the last two years of their lives
more on the exhibit link here