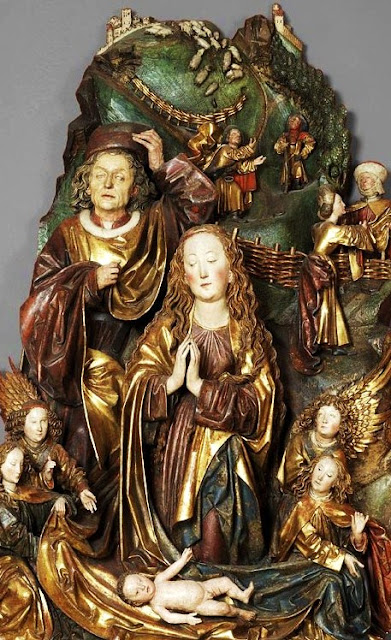 image: lemondedesreligions
For the first time in France, the Musée de Cluny (Museum of the Middle Ages) is exhibiting some of the most precious treasures of Gothic art collection from the National Gallery of Slovakia in Bratislava. This haut-relief sculpture was inspired by a vision of Christ's birth by St. Brigitte of Sweden, which places the sacred event amidst a fresh outdoor scene of winding roads, grazing sheep, and country folk.
More pictures from the exhibit here.
﻿
A very merry Christmas to you all!
Posted by gésbi at 9:11 PM 7 comments:

The perils of an unmade bed 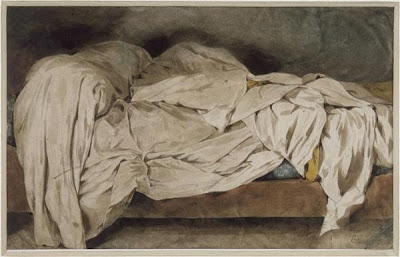 Le lit défait by Eugene Delacroix
Réunion des musées nationaux
I was intrigued to read some time ago a tale concerning Delacroix's youthful work, The Unmade Bed, which I have never come across elsewhere.
As Sacha Guitry tells it, he had his sights set on purchasing the painting when it came up at auction. He fully intended to do his utmost to acquire the work, until he was dissuaded by a  friend in-the-know who explained that no one had been able to keep the painting, and if Guitry were to buy it, he would surely get rid of it in a month's time. Five times already, the friend explained, the watercolor had changed owners in recent years.  The reason? Hidden in the tousled folds of the bed's crumpled sheets - wherein lies all the painting's considerable charm - appears a head of Medusa. 'Once you have noticed it, you won't be able to look at anything else,' claimed the expert. Guitry heeded his friend's advice and did not even bid on the painting. He realised that, very quickly, such a feature would become an obsession and that he would no longer be able to relish the sensuous composition with his eyes returning over and over to that one irresistible form.
It took me some time to find the head. Now I see at least two.
Posted by gésbi at 3:51 PM 15 comments:

Three buildings, three architectural periods and one construction/renovation project
to link them as the new improved Postal Bank's headquarters.


Oops. Four architectural periods, in fact! This building is located behind the hôtel de Choiseul-Praslin and is part of the enormous project as well. I believe it dates to the 1880s. 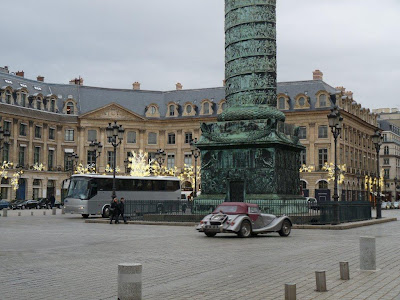 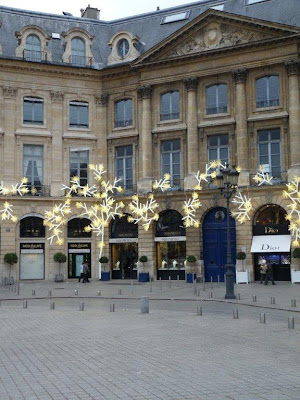 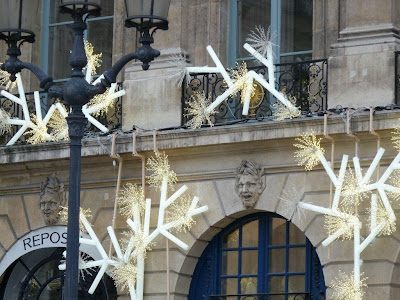 Pattern in all things 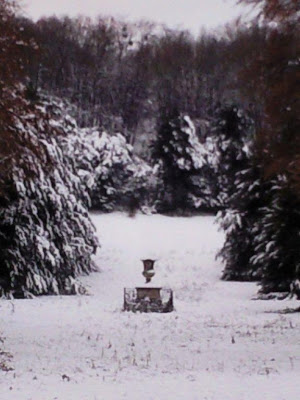 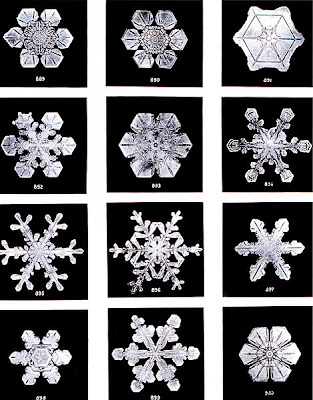 photographic explorations by Bentley, the snowflake man
image Wikipedia
Of all the forms of water, the tiny six-pointed crystals of ice called snow, that form in such quantities within the clouds during storms, are incomparably the most beautiful and varied.
W.A. Bentley 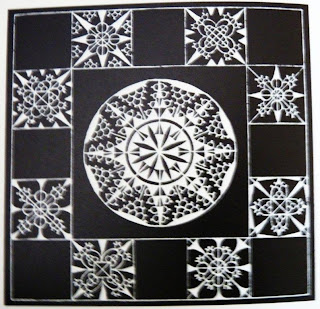 lace pattern from Foillet's compendium of 1598
***
image of snowflakes and more information on Bentley, here
Posted by gésbi at 10:59 AM 6 comments: