I have not yet been able to pop over to Versailles to see the design exhibit that is showing until February 22, but I will Soon!

In case you haven't seen it either, I've found this two minute video to be a beautiul demontration of the architecture and efficency of a very fine 18th century desk. A demo that would be silent if not for the  doors and drawers and other movable parts that click and slide crisply into position at the biding of  gloved hands. The desk is by the German cabinetmaker, master of marquetry and mechanisms, David Roentgen, who worked a great deal for the French court.

This is just a  foretaste of  the exhibit 18th Century aux sources du Design at Versailles where works of decorative art are taken out of context to be appreciated as museographical specimens - jewels on pedestals - but as often as possible no longer monolithic and static. Instead they are up for analysis and finally reveal their proud secrets through a play of mirrors, neon lighting and documentary films. 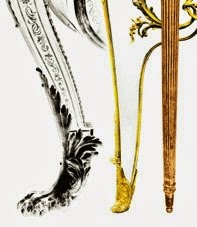 More than one leg to stand on... and the etymological source of  "design."
For me, the French word dessein has always been the equivilant of design,
but it is the English expression (derived from the French in the 16th century) that is used today to get across in a flash the more modern conception of the not so recent idea,
The idea, namely, that there is a skilled author and craftsman behind the desirable designed object and that that object contains a quality of innovation, of being up-to-date. That is an aspect that is hard to grasp when looking back through history. When it is done, it is often with condescension.
Remember, no one who was interested in decoration in the 18th century wanted to hang on to Grandfather's old furniture. Antiques were from the antique world - Greece and Rome.

Architect Jean Nouvel was invited to provide his own modern point of view with
commentaries that punctuate the exhibit.


So often, the ancients and the moderns are in opposing camps.
Today's designers should be able to study these ancient constructions differently -
with the very definition of Respect =
to look back at something to better consider what is in the present.

for more on the exhibit see: château de Versailles

Fill in the blank


To proceed with filling in the blank...
sit before the table.

What is a face really?
Its own photo?
Its makeup?
Or is it a face as painted by such or such painter?
That which is in front?
Inside?
Behind?
And the rest?
Doesn't everyone look at himself in his own particular way?
Deformations simply do not exist.

Solstice: a gathering in Paris

A moment of union – an exchange in an atmosphere of quiet – has been carefully carved, painstakingly molded, and lovingly woven by Anne and Vincent Corbière at the gallery, Salon H. 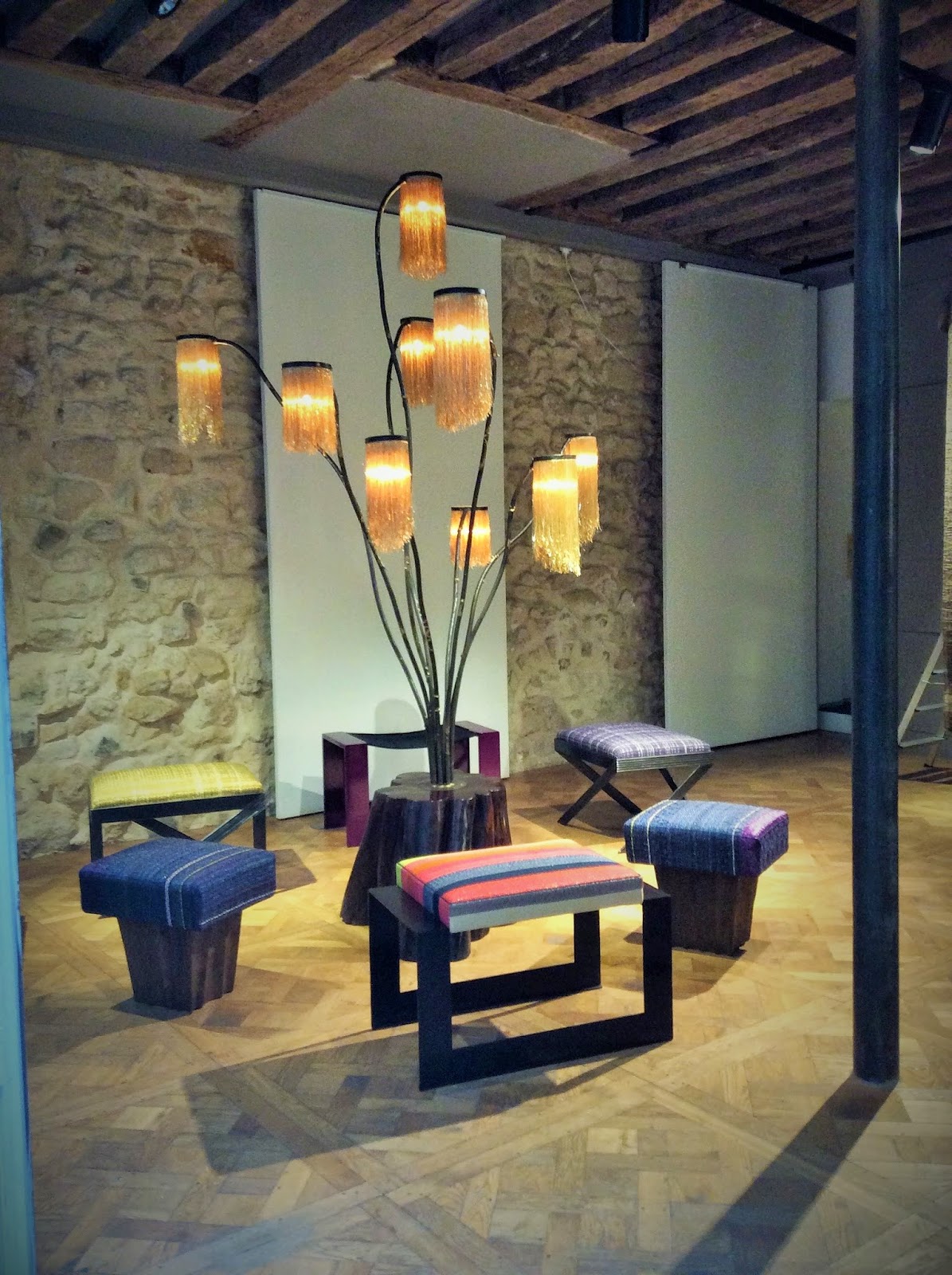 The husband and wife duo, cabinetmaker and weaver each in the highest traditions of their respective arts, has created one of the most poetic moments in their careers. Convoking us in a ring around a Tree of Light,  we find stools, the most primitive of furnishing elements. The exhibit called “Solstice,” evokes the time of the year when diminishing light has become all the more precious. The pagan notions of the sacred - circle, tree, light - are expressed with great craftsmanship in the most contemporary fashion. A beautiful and living reminder that what is most important in life never really changes, that furniture can be art and convey emotion. 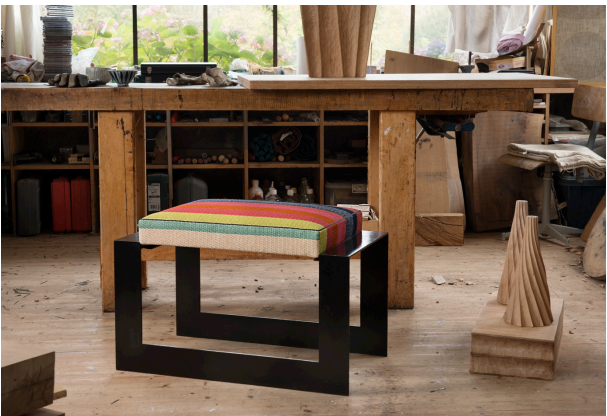 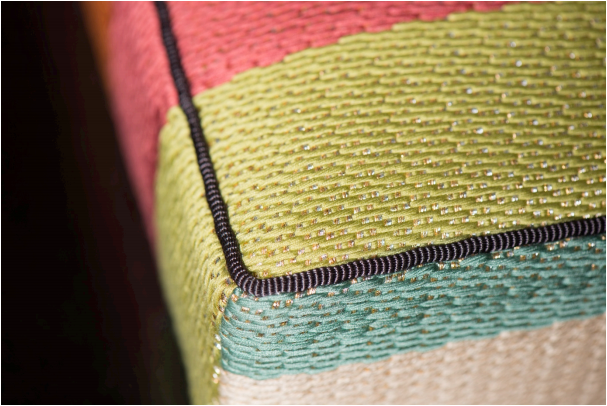 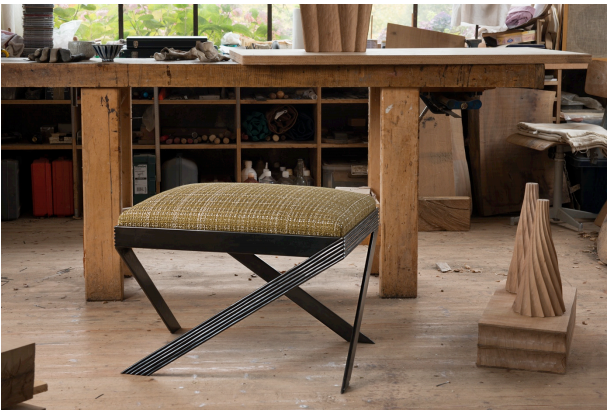 Patinated steel,
upholstery of freestyle weave of silk stripes with a glint of silver 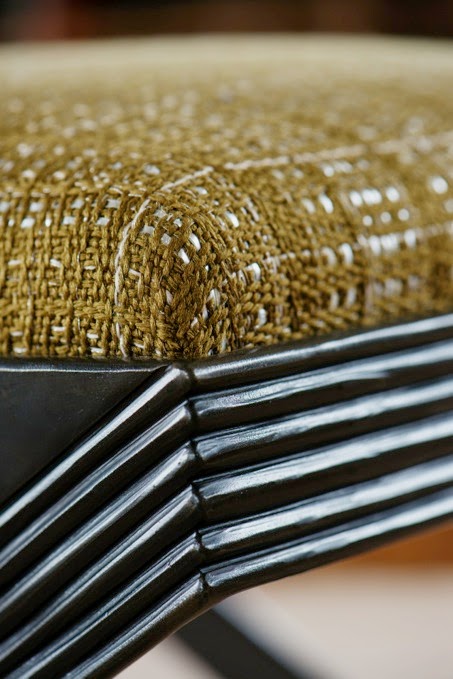 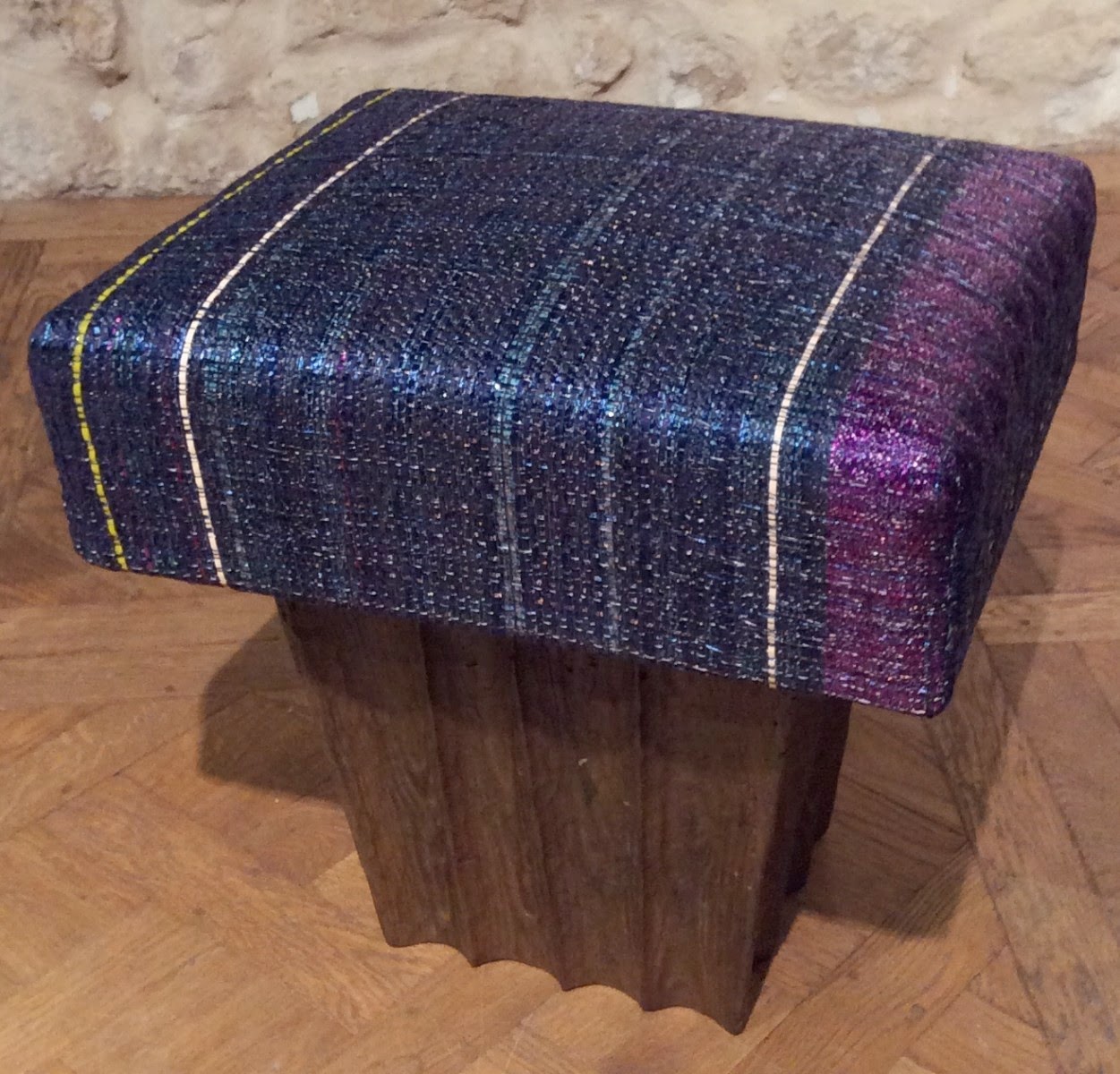 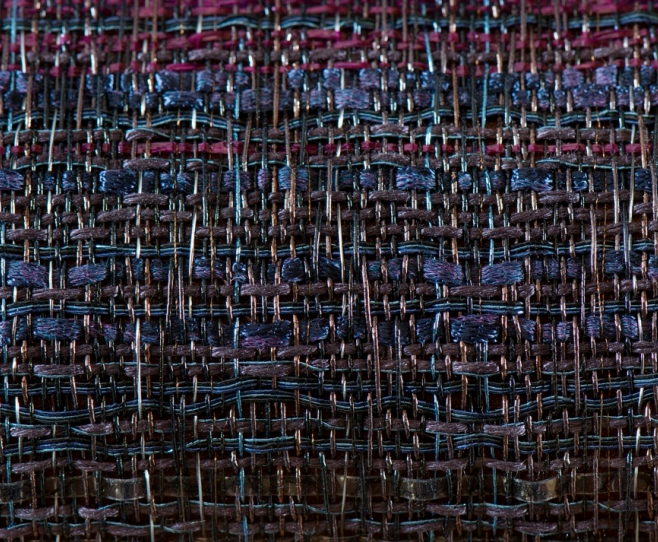 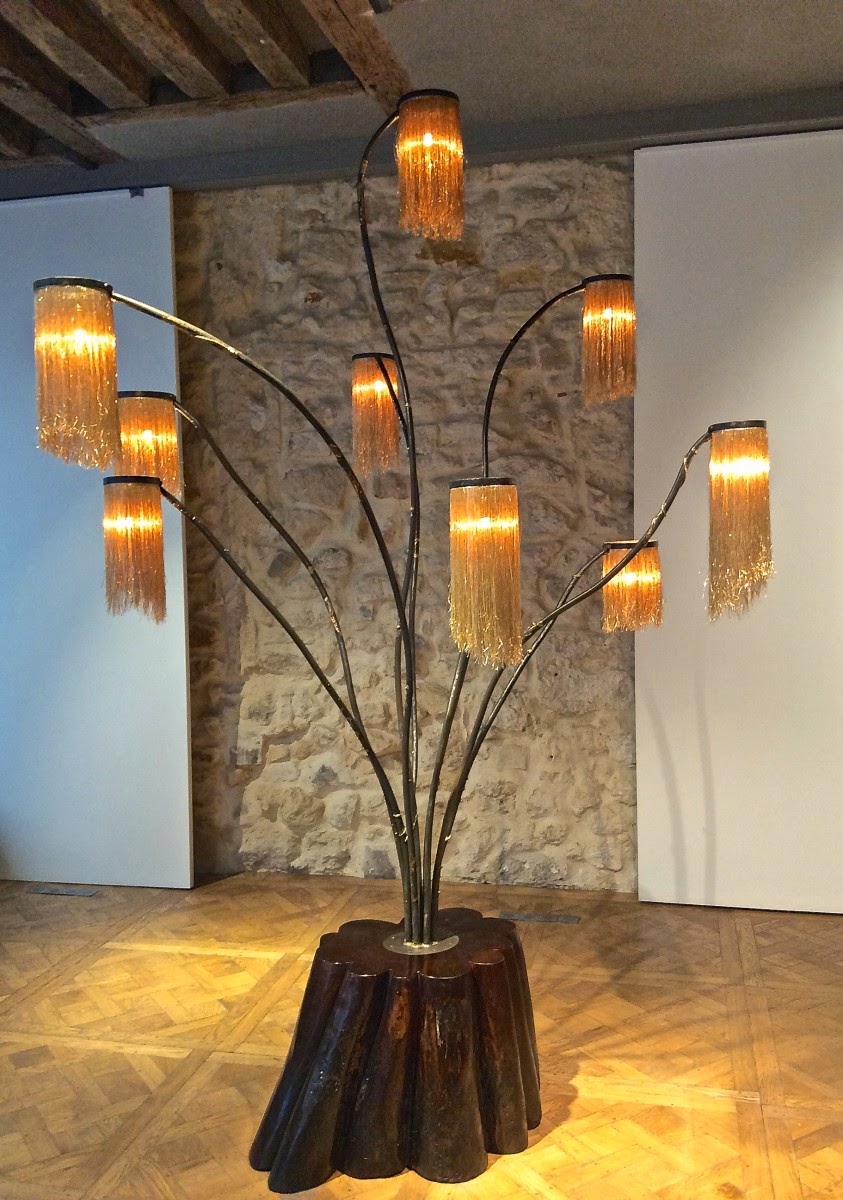 Solstice can be seen at Salon H until Tuesday, January 20th.

Salon H, is not just a gallery.
Located in the narrow streets of 6th arrondissement,
it's founders,Yaël Halberthal and Philippe Zagouri, have formed a salon for the 21st century. Here meet artists, writers, performers - creating events of dynamic and intelligent exchange
designed for this very intimate and particular space.

Right in the heart