The tomb of a Celtic prince dating from the 5th century BC was recently discovered in the Champagne region of France.
I haven't made any such monumental discoveries but
do seem to keep coming across interesting faces these days. 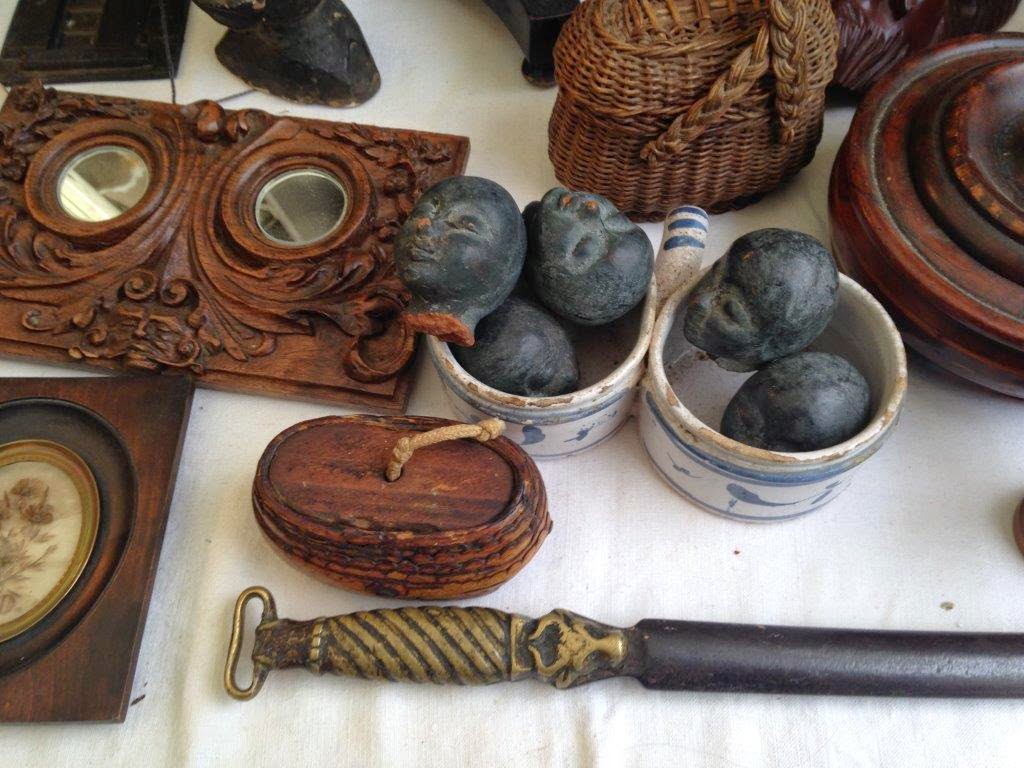 "So many heads, so many opinions," said Terrence.

And Youtube says that cats will change your outlook.
I hear that in the US, Uber  delivers kittens like call-girls or clowns to offices
for entertainment between 12 and 4pm. Am I the only one to find that unpleasantly odd?
Cats at your service?

A regretful monster squelched under the unrelentingly firm hold of
St Margaret's foot in a painted panel of the saint from the 13th century.


Carvings of the kings of Judah were from the facade of Notre Dame de Paris c.1220.
These statuary heads served as foundation filler for post-revolutionary construction.

Sable from the Middle Ages;
its handsome coat aside, the marten has an expressive face.

And as silly as it might be, all this relative roundness has me humming
"Mon manège à moi"