In the proud city of Lyon,
the fabric museum that contains 2.5 million works of textile history
- many absolute master pieces -
is at great risk of closure. 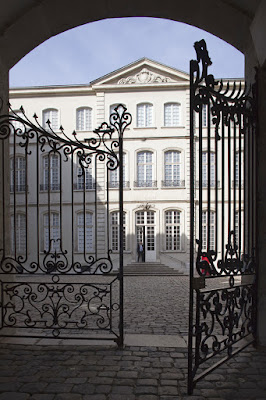 Despite the fact that it is recognized as one of the largest and most important
textile collections in the world, its budget has been cut in favor of Confluences, the
new museum inaugurated in Lyon last year.

Can you imagine the textile collections of the Met, the V & A, or LACMA
left to sit inaccessable in some dark storage warehouse ? 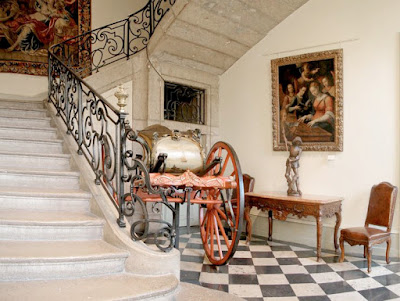 And, the textile museum is not alone.
It is linked to an impressive decorative arts museum which would equally be shut down.

The current exhibit at the Musée des tissus is called Le Genie de la Fabrique.
"The exhibition is a tribute to the city of Lyon and its silk working citizens who were able, through their incredible sense of perfection and inventiveness, to elevate weaving fabric not only to the rank of a remarkable craft but to that of a true art."

The exhibit is set to continue into June 2016.
but if a solution is not found this Friday, January 22,

French textile technology and design is an extremely
important part of  textile history, but the collection is not only French. 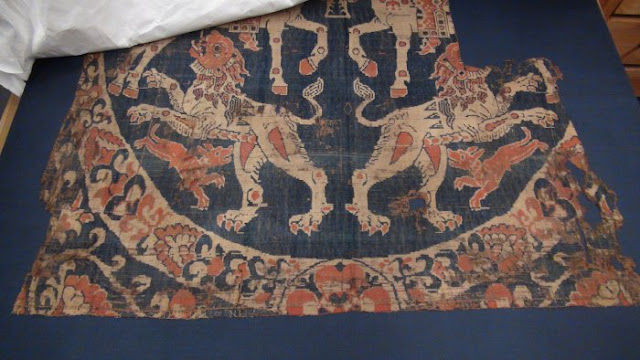 It is one of the rare textile museums covering almost all fields, topics, regions. Its importance is global. I also want to emphasize the very important role of the museum in the field of restoration of antique textiles and training activities also concern international professionals.*

At the Victoria & Albert Museum, Lesley Miller is in complete accord: The Textile Museum is one of the most important collections in the world both in size and quality and for its geographical and chronological scope. It is also unique for its silk collections of the local industry that had - and still has - international importance. It contributes to research worldwide through its reserves, its library, its and its permanent and temporary exhibitions.*

Oh, irony!
It's just when we are starting to experience
a renewed interest for fabric design, that this happens.
Of course, the management of cultural heritage should never be a matter of trends.

A good number of you have already signed the petition started by
Daniel Fruman, textile specialist and collector,
and I thank you.
For those who haven't yet, you can do so by clicking below.

Please help keep the Museum open
by signing the petition here
before the last chance meeting of January 22.

It's a new day

Marking time.
The new year never seems real to me until the regular schedule begins again after the holidays. A little night prowler in search of  crispy croquettes knocked over a porcelaine bowl of clementines during the night so I am not as fresh as I would like to be today after a sleep break to clean up the pieces that were all over the kitchen. There's so much to do without even considering resolutions. I need energy.

Cat food has to be rationed ever since two cats live under our roof. It's the slinky black panther who made mischief last night. Was he really hungry or just bored? These once reasonable eaters will gorge themselves just to prove to one another who can eat the most, but mostly it's the older tiger who throws his weight around to say who is boss.

So much for any true understanding of cat psychology.
I do know that we humains have been eating a wee bit too much these days because of a delectable over-supply of festive foods that it would be a pity to waste --

but that we will never get too much of  seeing beautiful things to lift our spirits.
Enthusiasm and the downward-facing dog pose (the cat just isn't the same) are my two favorite antidotes for fatigue.

A happy and energetic new year to you!