100 years of textiles at Lelièvre

The  design department at Lelièvre has devised a knock-out tribute to the company's 100 years of designing and manufacturing beautiful fabric.
What you find before you is simply a beautiful design – sophisticated and terribly clever but somehow nonchalant.
Century is a contemporary design inspired by some of the best loved patterns in the Lelièvre collections. The oldest design components, in stylistic terms, appear in the deepest tones and gradually become more recent as the background of shaded satin becomes lighter in color. The sun rises on a new century!

Take a closer look and you will find quite a bit a French textile history in this medley of flocked motifs: Louis XIV, Charles X, 1930s...a textile lover's delight.
And yet, like the best of Lelièvre's very strong contemporary current, there's something truly fresh here, a light touch.
Because the best textile companies know how to keep their heritage alive while living fully
in l'air du temps.


"Paul Poiret," I would have said without hesitation in answer to the question, "who invented the first modern-day bra?" But Beatrix Nutz, archaeologist from Austria's University of Innsbruck, has recently published findings from the Lengberg Castle which include four linen brassieres dating from the Middle Ages. 2700 textiles fragments were stuffed in beneath flooring laid during the 15th century addition of another storey to the edifice, permitting a peek today at what look like surprisingly modern underpinnings. It isn't that the concept of controlling giggle was historically unknown to us, but those Roman sports bands were child's play in terms of construction next to this sophistication.  Separate cups, real straps and apparently - though now lost - a back strap for closing system, once again the 'Dark Ages' prove themselves to be modern and inventive. Two among the four garments even show signs of going beyond the functional with needle-lace embellishments on the straps and cups.
We still have Monsieur Poiret to thank for helping to free women from corsets in the beginning of the
20th century, but now we can see his stylish (re-)invention as part fashion's - most often - anonymous cycles.
links
LePoint
History Extra

On the exhibit radar: Julien Faure, Créateur de rubans depuis 1864 at the
Musée de l'Art et de l'Industrie St Etienne. 150 years of weaving wonders in tiny widths!  And the museum has the largest and most beautiful collection of ribbons in the world. 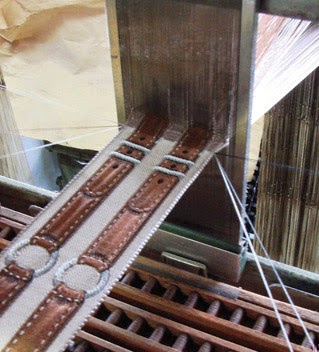 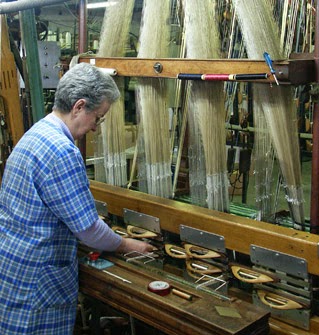 talent and skill which shows... 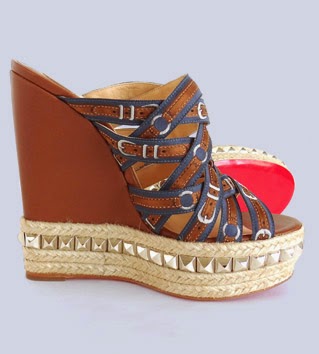 right down to these Louboutins.
For another glimpse of these concentrates of artistry look here.
Posted by gésbi at 5:39 PM No comments: 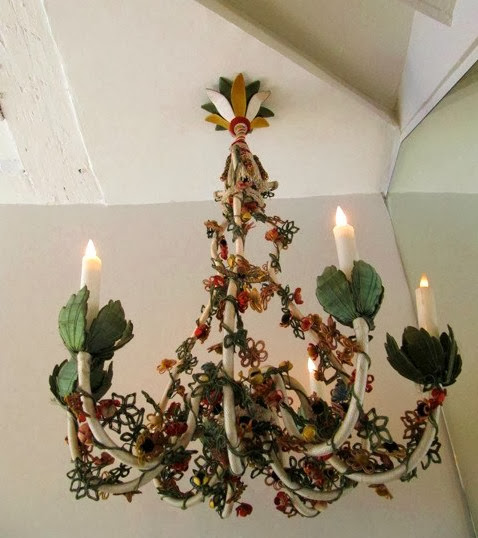 It must be all the gardens I've been visiting lately with my sister; I have green nature on my mind.
In these last months of blog absence, I've been here and about finding - among other things - that
winding vegetal forms will always have their place in textile design.
Above, a passementrie chandelier at their second Parisian showroom  Passementiers Declerq
in the rue du Mail... 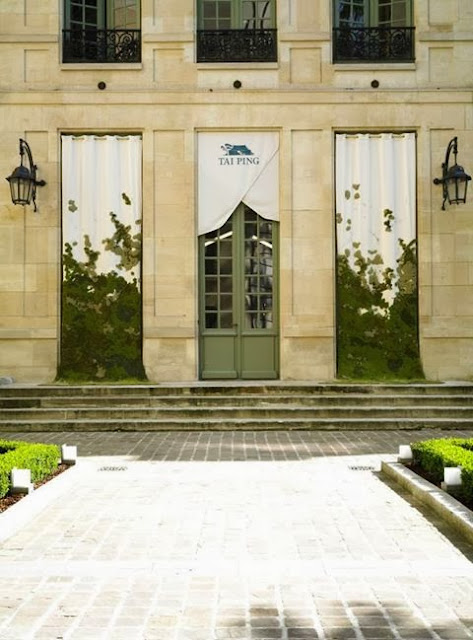 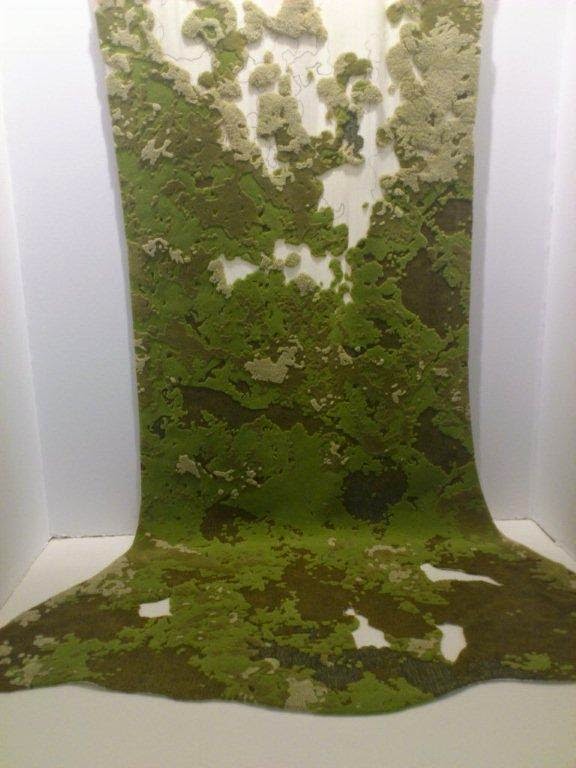 and a closer view at the January Maison & Objet event. 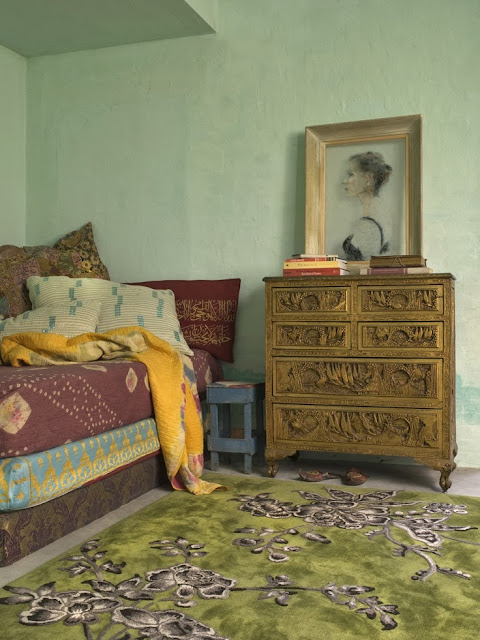 Another rug with a fine 3-D effect, also seen at the Tai Ping site. 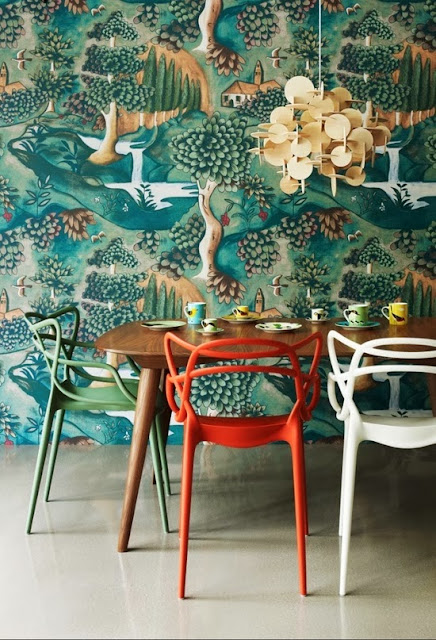 More traditional but still kicking,
the velvet and tapestry technique design
of  Marly by Colony. 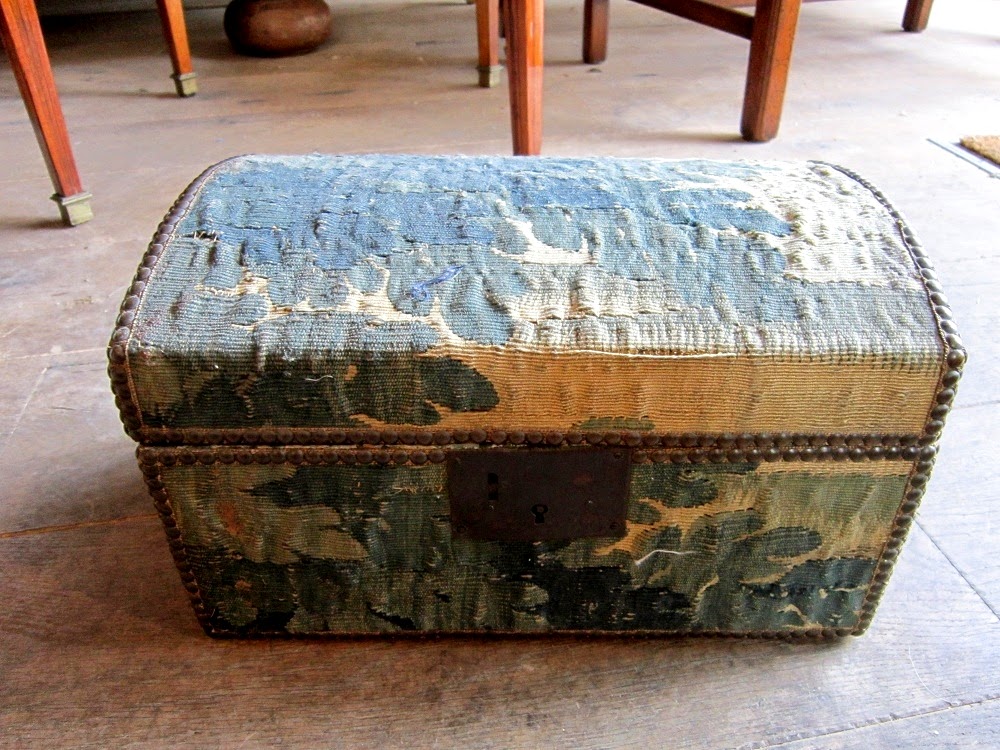 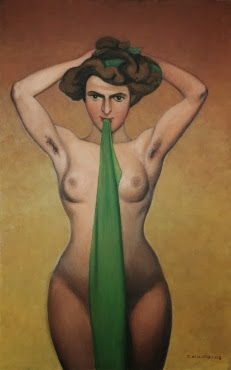 A slither of chiffon,
fabric as fig leaf ...


from the Félix Vallotton exhibit at the Grand Palais.