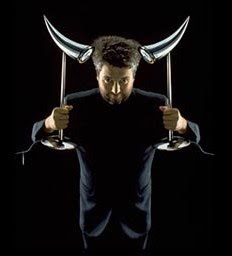 The new Maison et Objet blog has recently come out with its English version. It's off to a good start as a great source for information on contemporary design. The blog came out with a bang in January by producing for one of its first posts an interview with Philippe Starck,
freshly elected Designer of the Year by the trade show.
Is Starck a material man at odds with objects?
With a touch of provocation, designer raises questions about the validity of design at this moment in time and asks "what more do we need"? 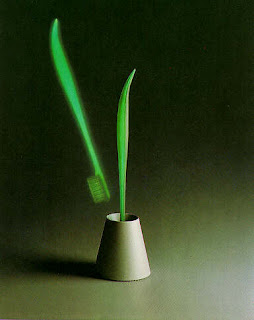 
"Clearly and luckily, we are witnessing the end of the consumer society – which raises questions. Even astrophysicists ask themselves fundamental questions about the reason for their existence. So if they do, we lowly toothbrush designers can hardly escape it." 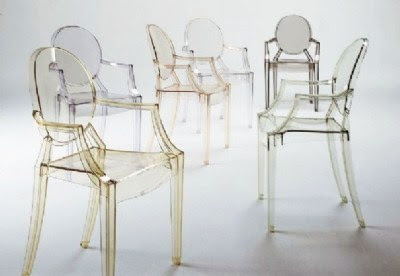 "Is the designer a producer of ideas? Obviously. Is he a producer of materiality? I say again that I have my doubts. Can ideas really prove useful, truly and honestly, through action rather than materiality? I think that is a more interesting scenario. In my opinion, the material response is an obsolete, archaic response, dating from the 19th century. The stinking, sweaty century of materials and mechanization. Locomotives, transatlantic steamers… nowadays we have other priorities for which an answer cannot be found in habitual solutions. So, today the major question concerns questioning." (italics mine) 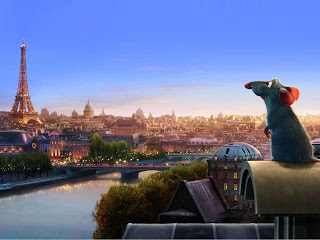 "The only difference between us and other animals is intelligence and creativity. And a lovely little symptom of intelligence is poetry. I don’t think there are many animals that practice poetry and humour. Humour is crucial, since it makes everything relative. Which takes us back to Einstein’s famous relativity, which is at the very root of all modern thinking, along the lines that nothing exists, everything is energy. And from that perspective, poetry is a duty."

Should man continue to create and surround himself with so many things? Are objects to be a thing of the past as we move on in our evolution ? Mr Starck is right about asking questions. And humour and poetry seem more necessary than ever. As for  evolution, there's always Rémy.


* "I know I'm supposed to hate humans, but there's something about them.
They don't just survive; they discover, they create."  Ratatouille
Posted by gésbi at 5:31 PM