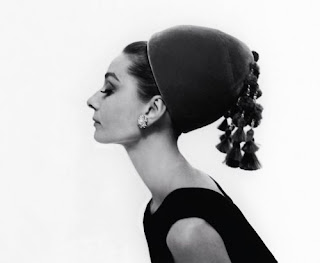 photo Cecil Beaton for Vogue 1966
Once there was a beautiful young girl who was growing up in a hostile time. Inside her home were two quarrelling parents who would stay under the same roof together no more. At the very worst of times, she was left alone with her mother - for outside, fierce warring monsters breathed fire at her door and were taking over her village and beyond. They could scarcely venture out into the surroundings safely, and when they did, it was to try to gather the least morsel of food or a bit of wood to heat their lodging. They sometimes ate tulip bulbs and often went cold. As bad as it was, it was a better life than for some of the villagers. 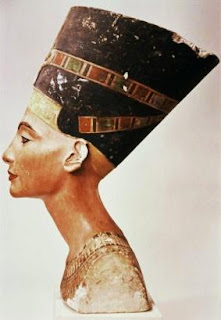 There are those who have so touched us with their beauty and grace that history sings their praise. 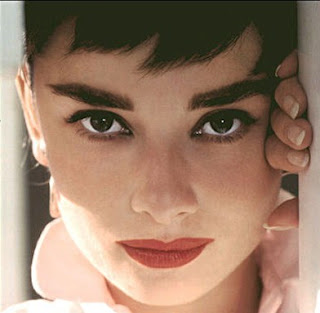 Taschen book cover photo
Although she had become sickly and weak from years of want and fear, the girl grew more and more beautiful every day, so that when the glorious day came that the beasts had finally been vanquished, she was able to come out of hiding to spread her radiance throughout the world. As she grew stronger, she helped those around her to find the precious moments of Frivolity that were needed by all. Storytellers from far and wide had her dance their tales. Good Wizards of couture became her allies and people throughout the world longed to be in her presence. And because her enchanting beauty was accompanied by an even rarer grace and goodness, she was able to help some of the most humble of humankind's young with her presence so that they should not go hungry. 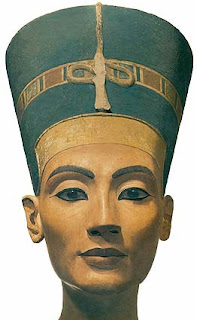 "la belle est venue"
There are those who have so touched us with their beauty and grace that history sings their praise. 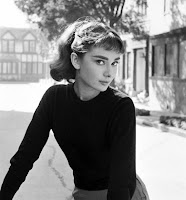 Mark Shaw photo left, bust of Nefertiti Berlin Museum right
Do you believe in fairy tales ? Sometimes they are confused with legends.
A very real woman, Audrey Hepburn didn't live a happy-ever-after life, but she did seem to be a beautiful princess to many and a good fairy to others. A woman of style, she could travel with 50 suitcases, yet hers was simple elegance. A wholesome beauty, but never the girl-next-door; no, it was perhaps the beauty of a dancer, who doesn't show pain, but through discipline and a natural gift, arrives at grace. 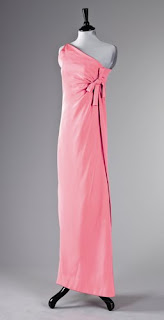 Givenchy collection 1966
Costume and Textile specialist, Kerry Taylor, in association with Sotheby's, is auctioning 36 articles of Audrey Hepburn's wardrobe on the 8th of December in London. These articles are on display at Sotheby's Paris today and tomorrow. I happened to visit today while Ms. Taylor was being filmed during a walk through interview at the exhibit. She explained that Audrey Hepburn had made a habit of giving her couture clothing to her dear friend Tanja Star-Busmann. The two met when Audrey was 21, Tanja 15. All her life Audrey would wrap up her Givenchy gowns, her Elisabeth Arden, Valentino, and Rose Bertin dresses and send them off to her when she judged she no longer needed them. Willowy Audrey went so far as to ask for extra seam allowances so Tanja could adapt the clothing to her own silhouette. Oh! the dresses - the black silk gazar worn in Paris When It Sizzles; the exquisite black Chantilly lace cocktail dress worn in How to Steal a Million, the famous point d'esprit ball gown from Love in the Afternoon here in both white and black versions because Audrey knew what she liked ! .... So many memorable pieces are here as testimony to her taste - "she chose it all," said Hubert de Givenchy - and to her unwavering sense of friendship, lifelong friendship. Clothes, hats, photographs and letters are in the sale. Kerry Taylor says she does not know who the buyers will be. For the entire catalogue of the sale click here. 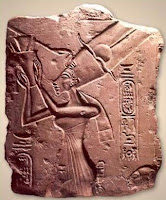 left Nefertiti plaque  -  right AH modelling for American Vogue 1966 photo William Klein
Another dress, a wedding dress made by the Fontana Sisters for her marriage to James Hanson while Audrey was filming Roman Holiday with Gregory Peck in Rome, is also in the sale. When the wedding was called off, Audrey said she wanted the dress to go to "someone who couldn't ever afford a dress like mine." It went to Amabile Altobella for her marriage to farm worker, Adelino Solda, who says the dress brought her luck since she has been very happily married all these years.

One half of the proceeds from the sale will go to the Audrey Hepburn Children's Fund. 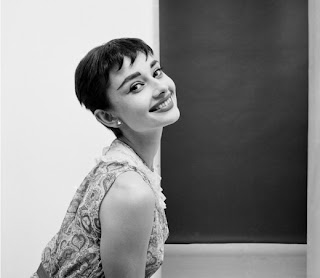 photo Mark Shaw
In 1953, Audrey and her mother hosted a party with the Star-Busmann family in London for the British opening of Roman Holiday. Among the guests was Cecil Beaton who met the young actress for the first time and recorded in his diary: "(She) has a huge mouth, flat Mongolian features, heavily painted eyes, a coconut coiffure, long nails without varnish, a wonderfully little figure and a long neck. She appears to take her wholesale adulation with a pinch of salt, and gratitude rather than puffed up pride. Without any preliminaries, she cuts through to a basic understanding that makes people friends."
Mark Shaw photos via svenskamobler.com

See also the book of Mark Shaw photos, Charmed by Audrey
and visit the Mark Shaw site for beautiful pictures of Audrey Hepburn and much more
For more information on Nephertiti and a fun site on Egypt, see Theti-cheri
Admirers can see AH's childhood drawings, many photos, and biographical information -including her humanitarian work - at audreyhepburn.com
Posted by gésbi at 9:55 PM