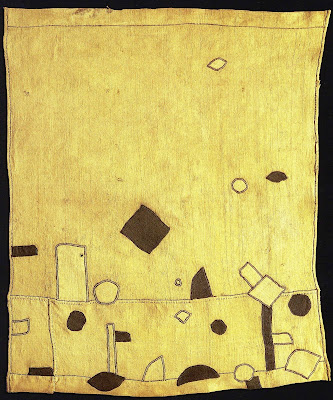 Kuba cloths are some of the most moving fabrics I have ever come across. Their appeal is immediate, but even deeper appreciation comes with closer contact and contemplation. We respond to these decorative fabrics easily because they are decorative but, like much primitive art, they strike a chord down deep in us; something about them seems strangely familiar. 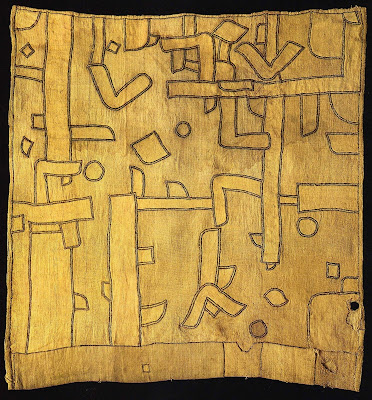 The designs I like best are irregular and have movement in them. It is as if their patterns take on a life of their own and start crawling around, metamorphosing themselves as they make their way across the fabric. 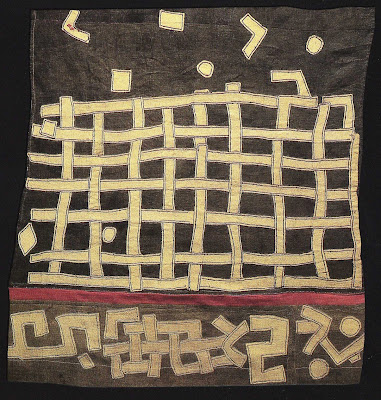 These cloths made of palm raffia were worn for important ceremonies. These highly valued cloth squares could be folded up easily and used as money. Sewn together to 4 meter lengths they made up skirts. Their generic name is ntshak = woman's skirt. The secrets of weaving raffia are said to have been revealed to the Kuba people of Zaire (Congo) by their king around 1600. Though he was the son of a slave, King Shyaam a-Mbul is said to have used magical powers to appropriate the throne. His travels had exposed him to raffia weaving and appliqué embroidery techniques. He was an artist-king who created new textile designs and encouraged artistic development in many fields - sculpture, iron work, architecture, tailoring. 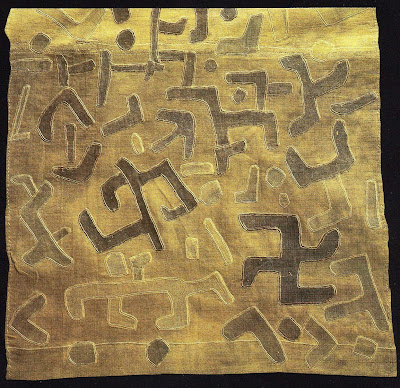 The king's active participation in artistic life was something of a tradition among the Kuba people. An anecdote recorded by Christian missionaries in 1920 tells of their receiving a new motorcycle that they proudly showed to the King Kot Mabiintsh. The king wasn't impressed by western inventions, but was fascinated by the tire tracks left in the sand and ordered his artisans to copy the designs.

There are three kinds of Kuba cloths:
*damasks whose designs are made through the weave itself
*dyed fabrics (sometimes using reserve techniques)
*embroideries including velvets and appliqués 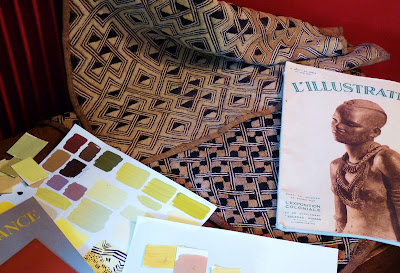 I felt I really started to understand Kuba cloths once I started to take them apart a bit to translate them into my own designs. Sometimes they form a vision of the cosmos, sometimes they are playful and bend themselves into visual jokes. Unravelling, reweaving. Above are two examples of velvet kuba cloths. 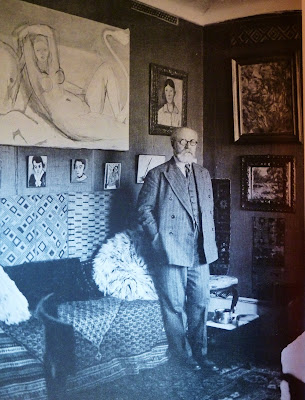 Their graphic impact influenced many of the artists who changed our way of experiencing art at the beginning of the 20th century - Picasso, Klee, and Matisse, who collected numerous examples and hung them on his walls. The sculptor, Aristide Maillol felt that African art contained more ideas in it than even Greek art. 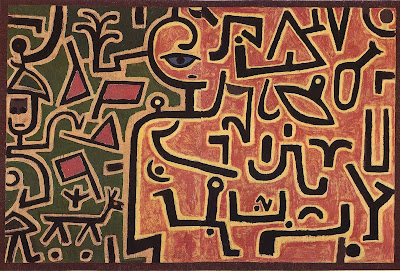 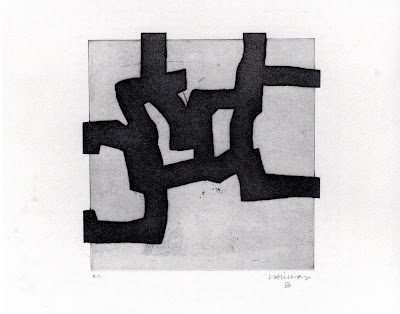 Chillida Gezna I 1969
Photos Massimo Listri from the catalogue Le royaume du signes Musée Dapper
Posted by gésbi at 12:03 AM